Quibi, only mobile video and a great opportunity ahead

"what a waste of money"

Every review or tweet I see about Quibi on traditional technology sites is little less than “what a waste of money” because a content company only focuses on mobile and not TV … and instead of surprising me with some relevant insight About Quibi I read basic analyzes and I think they are the same analysts who thought that Netflix was going to die when Disney moved online.

Honestly from Quibi I can only say that as a product it is really good, and perhaps it is because they are focused on a single device and exploit that device to the fullest … that’s why they can do things like:

“Turnstyle” which is basically changing the format of what you are seeing if you have the phone horizontal or vertical, but it is not that it changes as it looks, but it changes up to the angle of focus and the distribution of the content (yes … it’s worth it try it)
Use of sensors to integrate content: from the basics of Steven Spielberg’s “After Dark” that can only be seen when it is night, to other things that were not told in public.
7-minute content: This seems like a no-brainer is the key to why it doesn’t make sense for Quibi to think about a TV … if they are mobile-only they can quietly continue working on their content for between 7 and 13 minutes and nobody is going to complain because, hey … it’s for the phone.
What are your success assured? I don’t think so, but I think they have a gigantic space to grow in a niche where their main concern should be for Netflix to appear, but … why did they imagine that they are their 1.8bn in funding if it is not to secure rights and use their hands? magic of Katzemberg and being able to compete against whoever?

The list of brands, names, directors, producers, franchises they have is incredible … and just to give you statistics: mobile video consumption grows 100% internally, the average user has 1.5x more chances to watch video on a mobile than on a tablet or PC and 75% of video consumption occurs on a mobile device (here they include tablets and I don’t have the breakdown).

All in all, and to paraphrase some tech sites, though I’d love for them to have Airplay so I can watch it on my billion-inch TV when I see my 13-year-old son, my 16-year-old godson, my other 9-year-old godson and all his friends. They do not open their notebooks in weeks and TV uses it only to play in Fortnite or Fifa’20 but their social and video consumption life happens at 5.3 ″ on their mobile I think Quibi has a great opportunity ahead of him.

Are there details I would like you to add? Sure; I would like to be able to create a profile for my son from my account or to be able to do “remote joint view” of a show with friends as I do with Spotify, but the service just launched 9 hours ago and I think you can give them credit for that, Total … there are 90 days free and expect to see it with a thousand operators soon

DROP US A LINE

Computers Plus Repair Center – Your one stop repair center 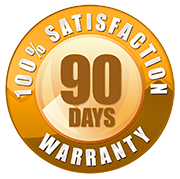